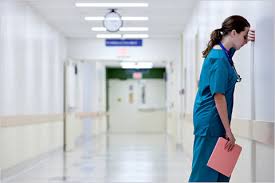 Here's a great anecdote lifted from the blog of Dr Kavanagh a rheumatologist:

In my first few months working as a rheumatologist a referral letter arrived from a local doctor about a lady with rheumatoid arthritis. She had recently moved to the West of Ireland from the UK, where her original diagnosis had been made. Her GP had originally referred her to a general physician in a small local hospital who had struggled with her care and she was looking for second opinion.


After assessing her, it quickly became apparent that original diagnosis had been incorrect. The patient had numerous explanations for her pain other than rheumatoid arthritis and the investigation that was likely to have prompted her original diagnosis (a positive rheumatoid factor test) as due to the fact that she had Sjogren’s syndrome (a condition which causes dryness of the eyes and mouth).


My specialist pride congratulated itself on making such a clever diagnosis and for being smarter than either the physician who had cared for her of late or the rheumatologist who had made the original diagnosis. Gosh I’m good, I thought.


‘That’s wonderful news Doctor. You mean I don’t have rheumatoid arthritis after all?’


‘Its great to see someone who knows what he’s talking about. Do you mind me asking where you did your training?’


‘In the UK. In Cambridge mainly.’


‘That’s amazing. That’s where I was told I had rheumatoid.’


With that she thanked me, stood up to leave, and just before she left the room, turned to me and said;


‘I knew you looked familiar.’

Email ThisBlogThis!Share to TwitterShare to FacebookShare to Pinterest
Labels: error